I always like to have a bit of an explore but I find that I don’t get many chances these days to do so.  I feel somewhat ashamed that, apart from in my childhood I have never really explored any surrounding areas around Cardiff properly.
I really am a big nerd and love walking around historical sites and museums so was excited when I finally got to have a look around Caerphilly Castle and let me tell you, it is bigger than I thought!  I had a local tour guide show me around – my best pal Nathan.  My sense of direction is quite awful so it was just as well he was there otherwise I might not have made it back!  From this shot you really can’t tell just how big the place is but as you can see it was a lovely day if not a tad muddy (I really should have worn my wellies).
When you look at an aerial shot you can get a better idea of it’s true size – making it the largest castle in Wales.
As it was numbingly cold I attempted to take as many pictures as I could so it was just as well that I had my nifty smart phone compatible gloves with me as I think otherwise, my fingers may have fallen off from frostbite.  I have to say that as awesome as it all was walking around and looking at the ruins, I wish there was more… stuff.  Stuff like more plaques with information to read about certain areas or what certain rooms might have been used for, or even having items and objects displayed in those rooms as all of them were bare. 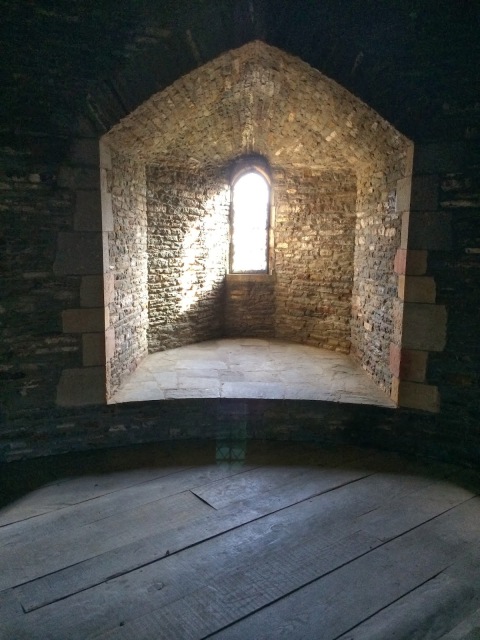 When we got to the Great Hall we were greeted by a man who referred to us as “Sire” and “Lady” (I am definitely no Lady) and just before he went on his break he told us that that they were doing talks about castle life for all the school children visiting for the day but had covered up the tables of pretend food so that no one nicked anything.  Nathan mentioned that usually there were various shields and armour displayed in the Hall but all that remained were some flags and a few tables. 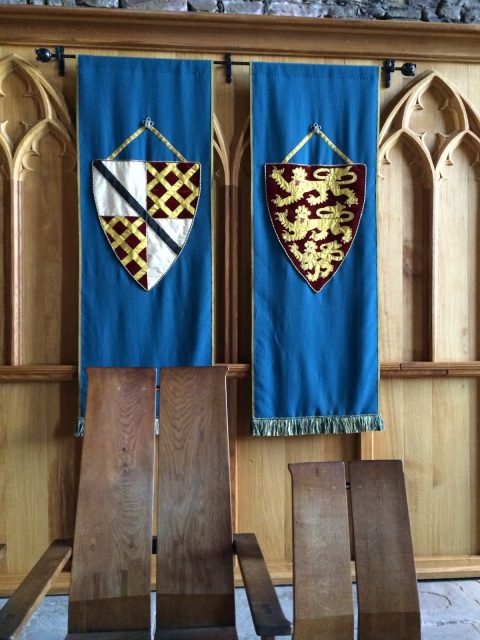 The Great Hall was by far the prettiest of rooms and have found that quite a few people have hired this as a wedding reception venue which I thought was quite lovely – the room has a lovely sort of rustic look if you’re into that sort of thing. 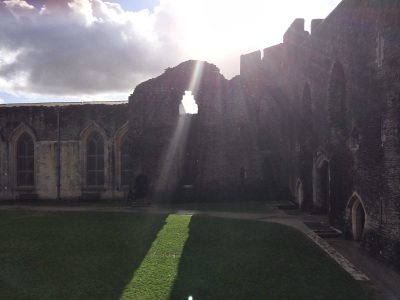 There were various statues and models of some things such as how the castle defences would work, complete with sound effects.

I did spend most of the day playing photographer as I had just gotten my new iPhone 5s as a birthday present, so was excited to play around with different shots as I was wandering about – I have to say I am quite impressed with the quality of pictures.

I am quite nerdy when it comes to taking photos of ruin – I guess I just fancy myself as a bit of a photographer sometimes (I must get it from my dad) – you can see that I got quite into it and I’m sure Nathan was shaking his head at me when I wasn’t looking!

What I found quite interesting was that, as many times as the castle came under siege, it was never once taken – meaning it had one bad ass defence system in place!  Some of the castle was cordoned off for safety reasons but it really made me want to climb on all the rocks even more and pretend I was Indiana Jones. 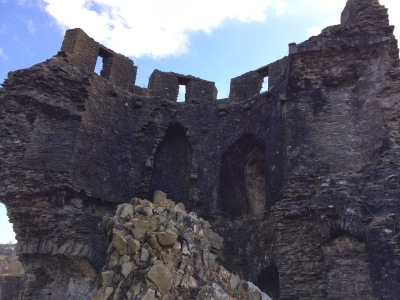 Speaking of bad ass defence systems… the picture doesn’t do it justice really as the trebuchet was HUGE and probably works to this day.  I’m sure it could still do plenty of damage. 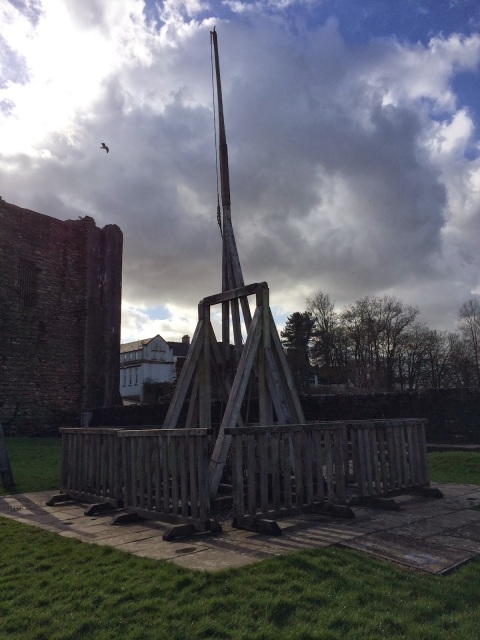 I believe this was called the Ballista, I might be making that up but it was basically a massive sort of crossbow and is quite heavy to operate.  At this point whilst we were checking it out, a gaggle of small school children turned up and joined us and blocked us in.  They kept attempting to lift the weapon and move it around, which, fair play to them they actually managed to do between five of them.  The teacher who was with them kept apologising to us and then made a side remark that watching and listening to the kids was actually hilarious – he wasn’t wrong.  Instantly, these kids and their amazing imaginations were pretending they were part of a siege and began “loading and firing” the weapon and trying to take down the castle and barking orders at each other.  Eventually we managed to escape with good timing as we had spotted a kid that was the spitting image of the character of Russell from ‘Up’ (except he was ginger) and Nathan could not stop giggling every time he caught sight of this kid.
I guess maybe the castle is a little more bare in the winter months because of the weather perhaps, so it might be worth re-visiting in the summer when the warmer weather returns and we remember to take a packed lunch with us – by the time we were done I was cold, sniffly and starving!  But it was a good day out with my best pal in any case – I should learn to get out and explore more!